From the Pastor Desk –

“LAST SUNDAY IN ORDINARY TIME:
SOLEMNITY OF CHRIST KING OF THE UNIVERSE”

Greetings at home to all; with my love and blessing,Blessings,
Father Gabriel Jaime Toro R – Pastor

From our Pastor Desk 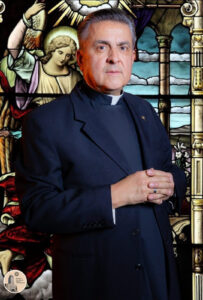